GRAND RAPIDS, Mich. (GRPS) —  Adriana Almanza says Grand Rapids Public Schools has a great challenge but also a great opportunity in front of it as it works to create a teacher pipeline for both the short and long term.

That’s why she’s so excited about a recent event – a dinner and workshop session – that the district held for its current student teachers.

“My heart was full after leaving the event that night,” she said. “These are our future educators and for the most part, I’ve been communicating with them solely via email and telephone. It was great to be able to be in a physical space together and get to know them and thank them for their contributions to the district.”

This fall, GRPS has almost 60 student teachers – one of the biggest groups ever, Almanza said – and 20 of those 60 were able to attend the recent dinner and workshop.

She said that in addition to the opportunity for face-to-face interaction, the workshop portion of the event featured Rhondo Cooper, Social Emotional Learning Coordinator for GRPS, who gave an interactive presentation on social emotional learning (SEL). 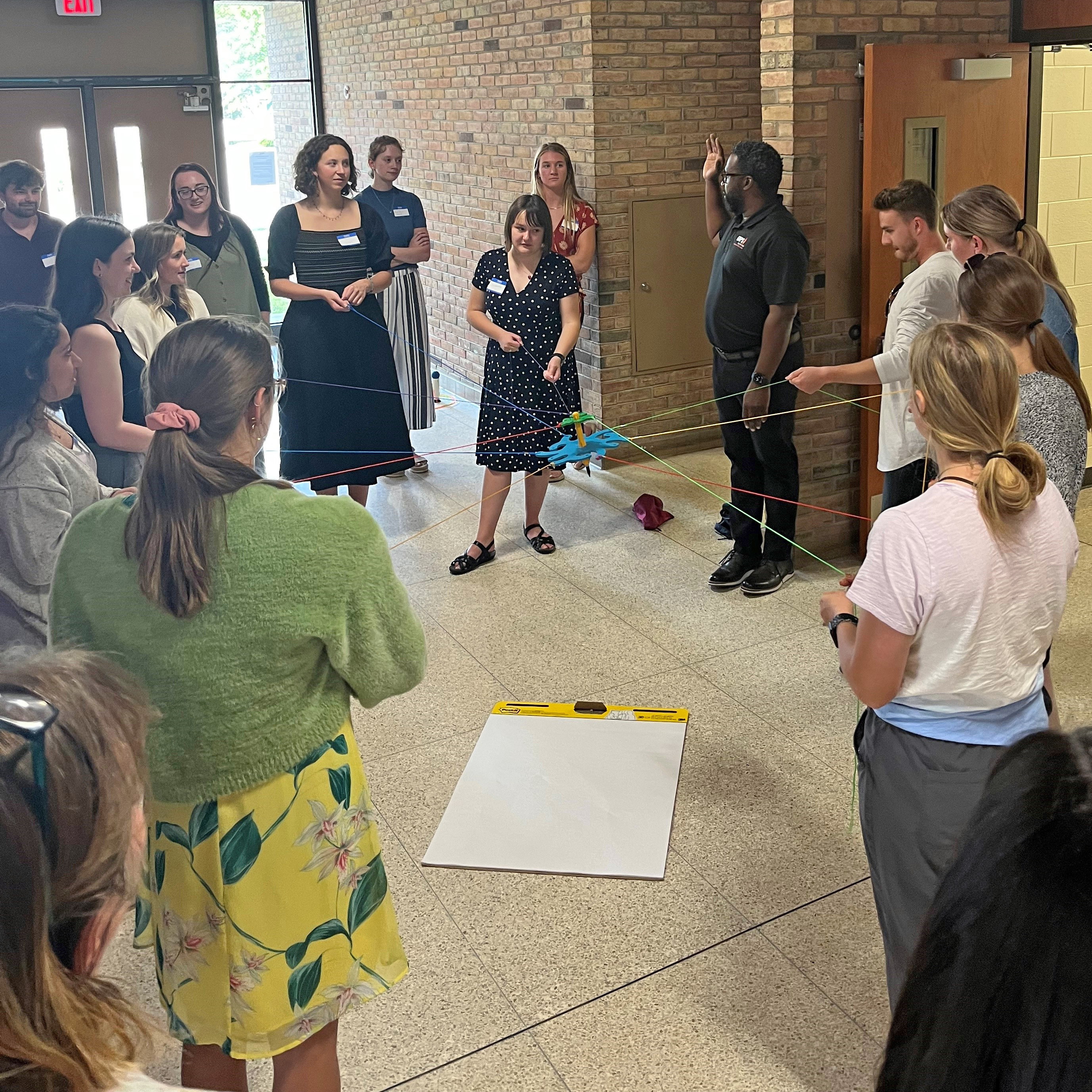 “I was thrilled to see the students dive right in and engage,” Almanza said.

She also appreciated the ways in which the seven other GRPS Staff in attendance facilitated an open discussion after the workshop.

“And it was great to hear feedback on how positive the student teaching experiences have been thus far,” she added. “Many students praised their mentor teachers and building staff for creating a positive environment in which they can both learn and contribute.”

In addition to the student teaching experience, GRPS interns receive a $10,000 stipend and access to the monthly workshops. Almanza is hoping for an even-bigger turnout for her next event on October 13.

“I worked in higher education at GVSU for 10 years where I oversaw a very successful and robust recruitment and retention program for Latinx and undocumented students,” she said. “When I came to GRPS, I knew right away similar efforts could be implemented with our student teachers.”

Almanza said GRPS wants to not just provide an opportunity for its interns to student teach, but also create meaningful and authentic relationships while engaging with them throughout their time in the district.

“We would love for these young folks to consider GRPS as an option to teach once they graduate,” she said. “And because they are already in our pipeline, it is really our responsibility to make them a part of our community early on.”